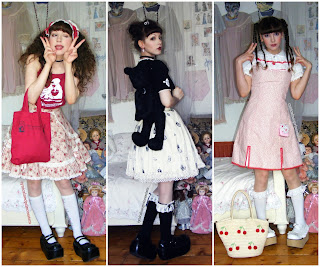 3 coords with lots off photos and 3 videos below the read more. Please do comment~! 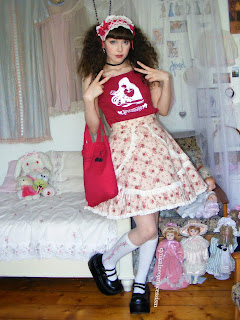 Recently we had a heat wave , and after a large period of time not doing much or getting dressed up, I finally felt like putting something nice on and leaving the house. I wanted to wear some of the items I'd gotten for my birthday. I'd originally planned on either wearing the skirt with a Baby blouse, or the Putumayo tank with a different skirt, but then I realised they would work in a coord together as the flowers of the skirt ties the colour scheme together. Obviously this coord isn't much about tying the themes together but it was just something a bit casual~ 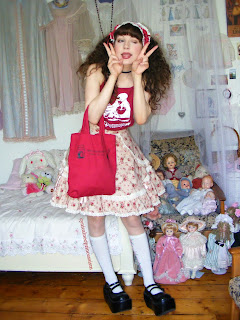 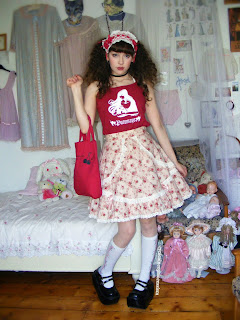 I went down to sit on the foot of the bridge I like going to, and just chill. But since the weather was so nice, everyone was out, way more than before. There were definitely groups out that were not households, and everyone felt a bit too close for comfort. I didn't spend as much time out as I'd have liked because there were just too many people. 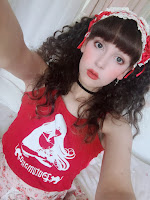 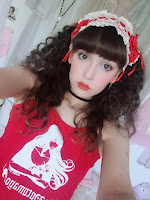 This is the last video I filmed before my camcorder bit the dust completely ; A ;

A few days later later, I wanted to enjoy another beautiful day but I knew if I went to the same place again or to a park there would be far too many people and I wouldn't be able to be very socially distant. But I love a good cemetery so decided to walk to one of my favourites to spend some time there~ 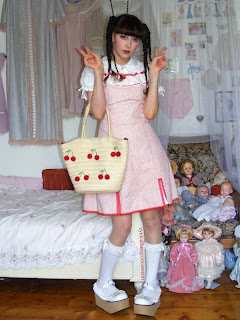 I finally got to wear my new MILK jumperskirt which I absolutely love for its  very 90s proto-lolita vibe. Wearing it I realised that it would absolutely not fit a petticoat underneath, and I even had to forgo my bloomers and wear some protection shorts instead, as the bloomers I was originally going to wear made me look bulky in this dress. It was very small and if I was any bigger it probably not have fit lol. But luckily on me it did fit, and it's really nice to have more red in my wardrobe~ 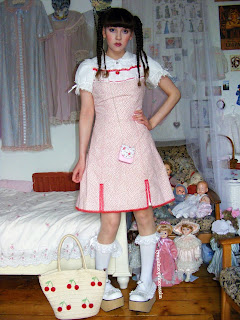 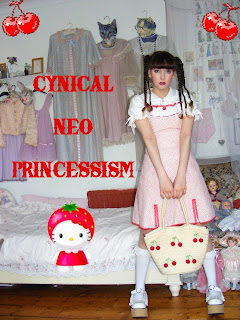 You might notice that I forgot to put earrings in before taking the first set of coord photos. I didn't realise until afterwards, so I put some in and thought of adding the little pink purse which I've had since I was a child, as it would add to the FRUiTS vibe. I think it was also at that point that I decided to change my bloomers to the shorts. 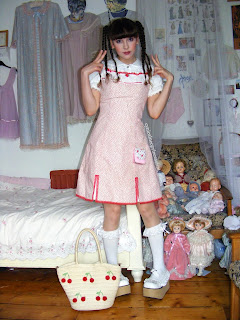 I had the intention of filming some things with my camcorder, but when I turned it on it instantly switched off despite having just charged the batteries. I suppose it was inevitable as the camera did seem pretty cheaply made but I'm still sad. I decided to film some stuff on my phone instead, with a filter from Snow. I do really like the filter, but it's not the same as having the real thing. But because I had more than 16mb of memory space I ended up filming more than 6 minutes of footage lol. 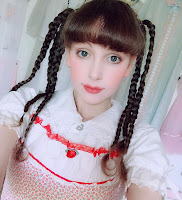 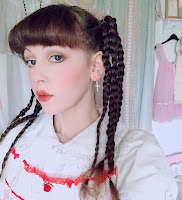 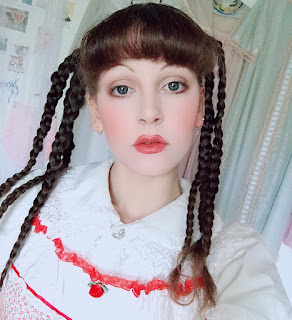 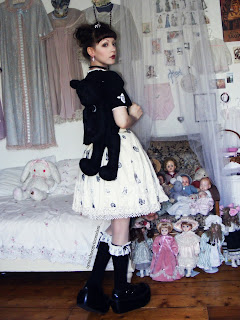 Another few days later, I wanted to go to the cemetery again once more before the lovely weather went away and we got a rainy spell. I nearly didn't wear the feather skirt that Lucy so kindly sent me as a surprise for my birthday, as it has a couple of stains from being so old that I hadn't had a chance to wash yet. But I decided it would be okay to wear once before I did that~ 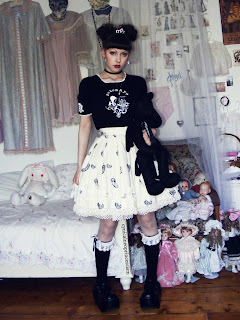 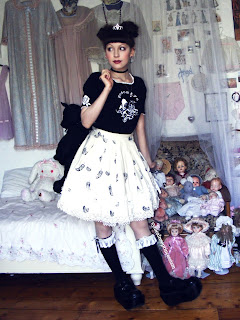 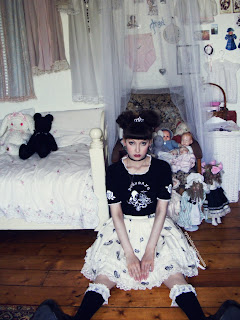 I also filmed another little video. Originally I was just going to post to instagram but then I decided I may as well upload it to youtube~

I brought 3 GLBs with me but only ended up looking through one, as I wanted to look at the beautiful grave stones again~ 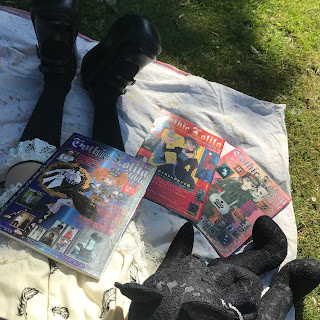 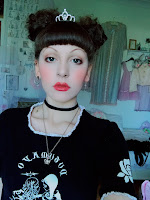 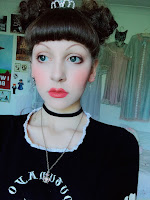 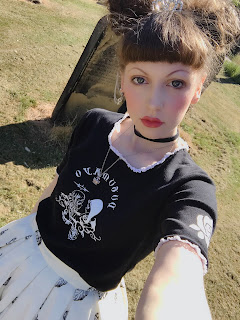 Also if you can please go to https://blacklivesmatters.carrd.co/ to donate to Black Lives Matter. There are donations for various things such as supplies for protesters, therapy funds, funds for the victims, mutual aid funds, etc. There is also resources for donating without money by streaming playlists etc if you can't afford to. The site also has petitions you can sign and other resources too. This is very important!

Email ThisBlogThis!Share to TwitterShare to FacebookShare to Pinterest
Labels: 2020, My Coords

Angel Bruises
I love all things Old School Lolita, so naturally that's what I want to talk about~